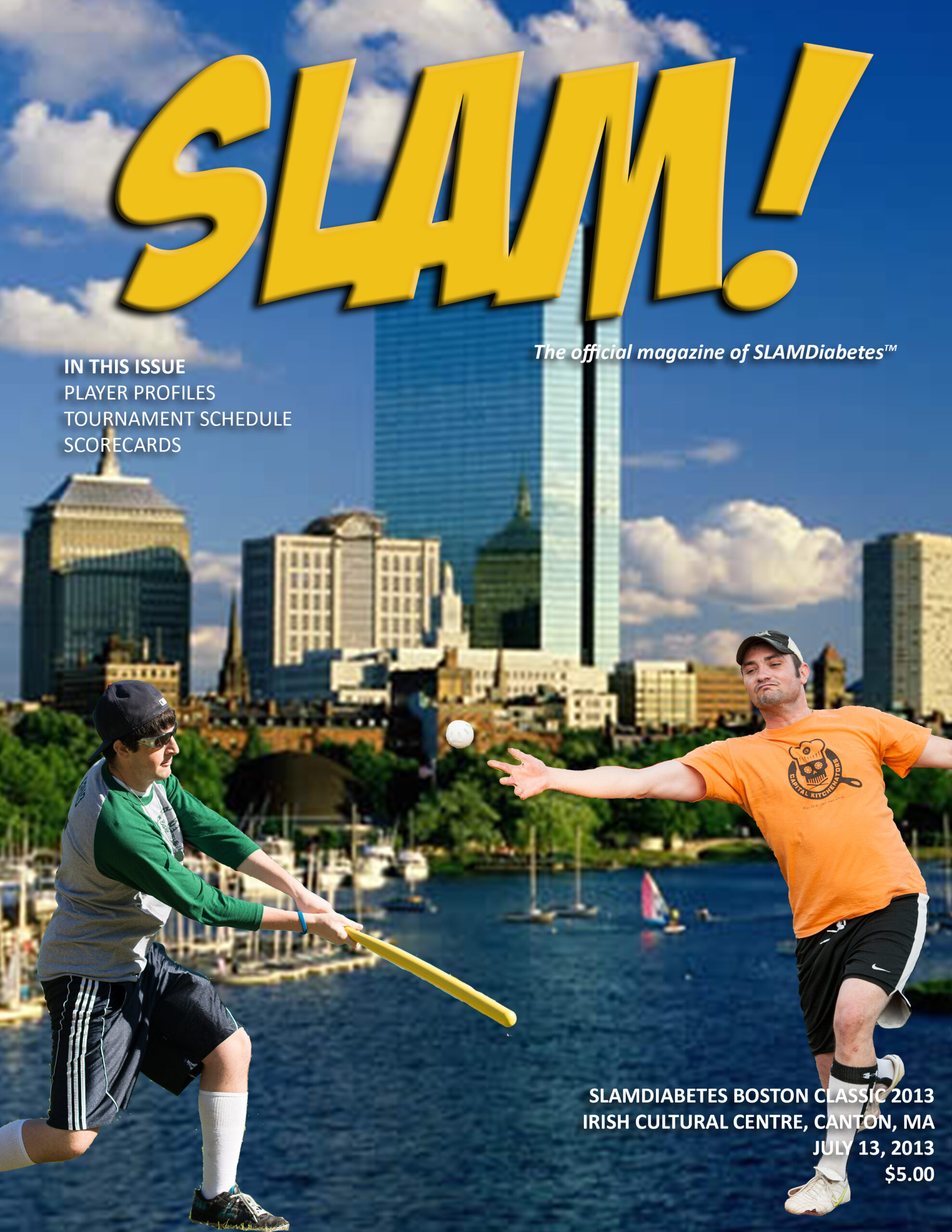 SLAM! Program magazines have become favorite mementos among fans, players and sponsors of SLAMDiabetes tournaments. Each issue provides loads of tournament information, including player bios, team rosters and favorites, along with insights about Type 1 diabetes (T1D).

The player bios are provided by each team, and they’re often very creative and almost always fictitious. Tom Rogg, captain of the Hingham U Wagoneers, a team of high school friends who reunite from all over the country to play, enjoys writing his players’ bios. “It’s so much fun. I make up everything. The guys think they’re hilarious, and I get a kick out of seeing people at the game leafing through the magazine, laughing at what we’ve all submitted.”

SLAM! magazines offer full-color photos and advertisements for sponsors and advertisers, and include information about T1D to help educate readers in an introductory way. The magazines are distributed freely at every tournament and also to sponsors, local businesses, pediatric offices and endo clinics.

Ad rates for each issue are provided to teams in Captains Packets and can also be obtained by contacting us at info@dev-slam-t-1-d.pantheonsite.io.