Sawyer’s story was written and submitted by his mom, Kendal.

Sawyer Knowles is an eight-year-old energetic, ninja flipping powerhouse.  Sawyer can win you over in a hot second, with his big ole eyes and adorable little raspy voice. From his super cool dance moves, hilarious comebacks and silly facial expressions, it doesn’t take long for him to find a place in anyone’s heart.  He has been a force to be reckoned with since he was born.  One thing that never gets old is Sawyer’s love for cake. Pretty sure his first word was CAKE! I remember one year for Sawyer’s birthday he was upset I invited family and friends over, because Sawyer did not want to share his cake. Sawyer sat at the table all morning guarding his cake.  You see, Sawyer’s love for cake started at a very young age. Sawyer didn’t have quite the same childhood as most children. Although he has never been denied cake and or any other food item he has wanted, there are times he just has had to wait. When Sawyer was fourteen months old, he was diagnosed with Type 1 Diabetes. 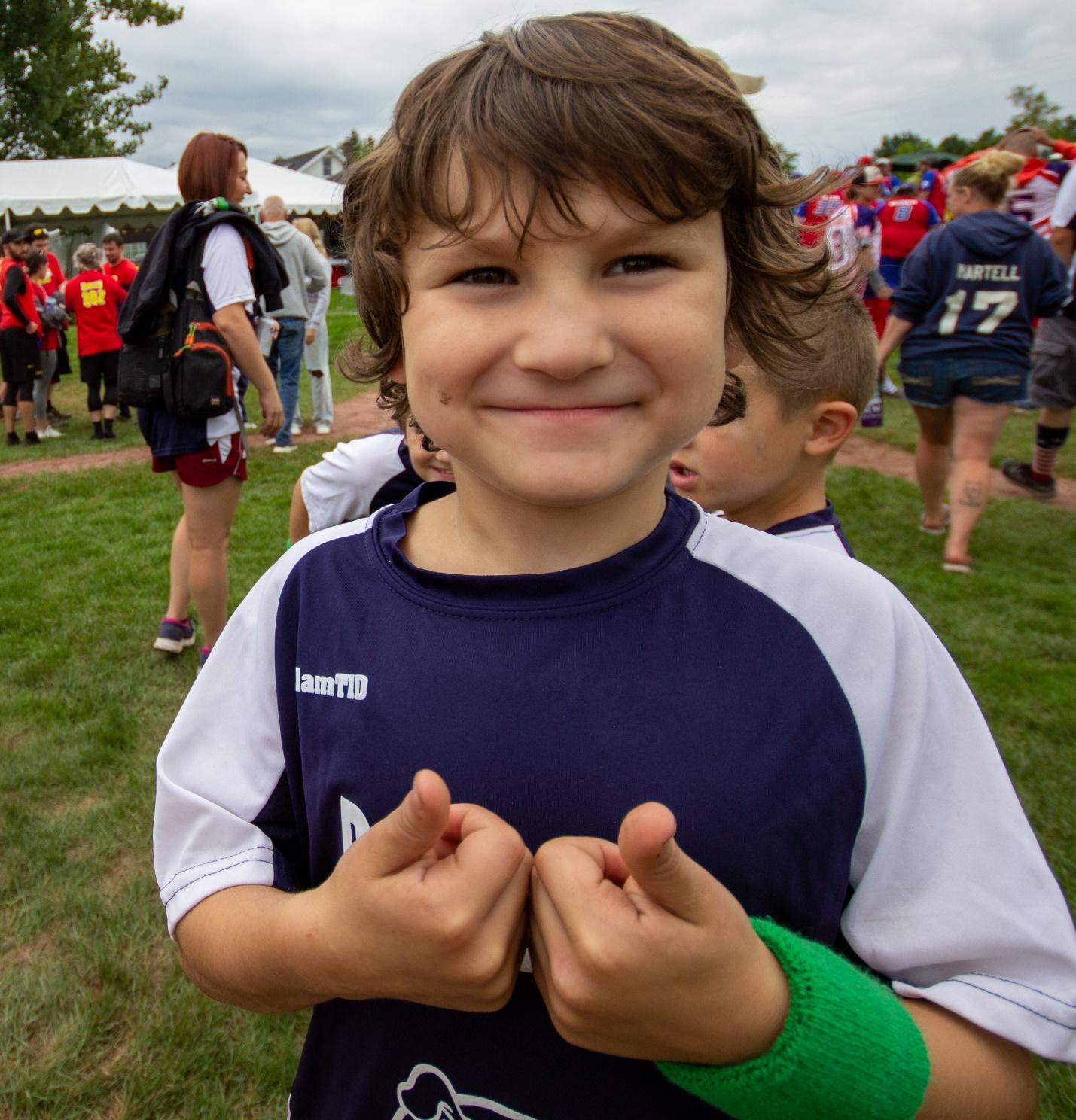 Unfortunately, Sawyer’s cousin Taylan also had Type 1 diabetes.  The only positive thing from Taylan already having Type 1 was it made me aware of signs and symptoms to look for. Upon speaking with my cousin that day we were able to get Sawyer the medical attention he needed, and we were able to prevent DKA.  The amount of love and support our family gave us was beyond words. When we arrived home from the hospital my cousin Crystal Farnham had reached out to the rest of our family: everyone pitched in and we were stocked with juice, scales, alcohol wipes, syringes, sugar tabs and much, much more. The most important thing we received was love and support.  I really thought I knew what my cousin was going through when her daughter was diagnosed but I had no clue.  You never truly understand Type 1 until you live and breath it.  I remember crying and crying from fear, exhaustion. The “what ifs” ate at me constantly while the counting carbs and learning to give insulin was scary and overwhelming.

Sawyer had a very hard time in the beginning: wondering why we were hurting him with the constant finger pokes and insulin injections.  His screaming and crying about broke our spirits, but we pushed on and eventually what was once so new and overwhelming became the new norm.  Sawyer became used to the finger pokes and insulin injections, and he got used to not having that food item when he wanted it, knowing soon he could have it and that the answer was never “No” but instead “Please wait a bit”. Today Sawyer is a super healthy active goofy goof ball. He wears his Dexcom glucose monitor and insulin pump proud.  Does he have days that are tough? Absolutely! But he never lets it get him down and he continues to have love and compassion for all. A few years ago, his other cousin Ryan was diagnosed with Type 1 as well.

Every year we come together as a family and play in the SLAMT1D WIFFLE ball tournament as the Dugout Dawgs. Sawyer, Taylan and Ryan are not our only Type 1 diabetic warriors on the Dugout Dawgs, we have had the honor of befriending and playing with Karlyn Carrien and her family. Karlyn is an amazing mother and wife and she’s spent many years of her life helping others. We are so thankful for her strength and for being a role model for our children, showing them no matter what life throws at you, you can accomplish anything. And of course, for always rocking second base.

Sawyer, Taylan, Ryan and Karlyn share a bond like no other.  Their daily strength and growth leave us in awe every day. 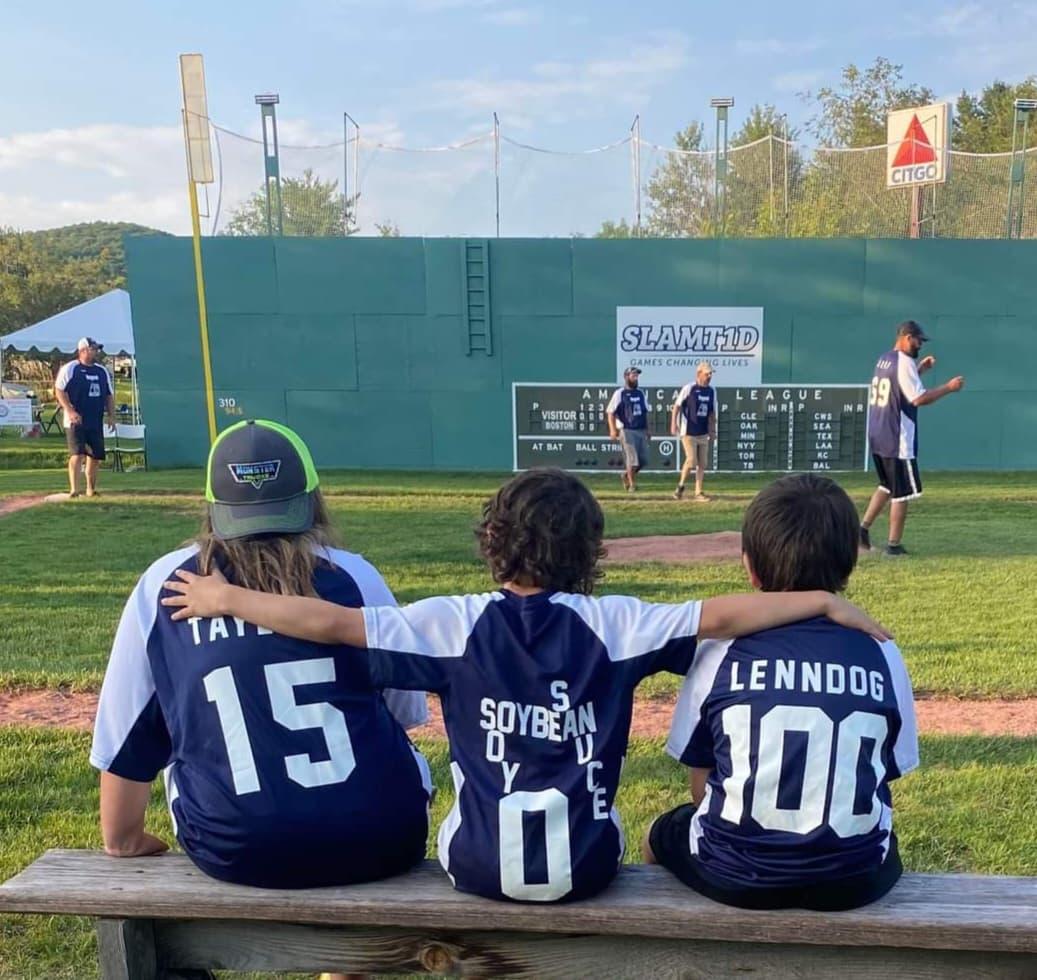